C.U.J.O. is about his Business! 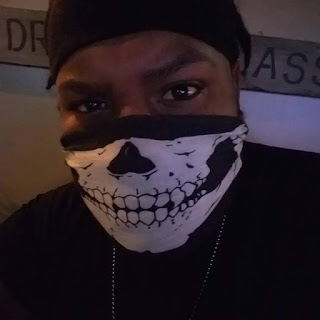 Blazed Up Records -C.U.J.O. The Hell Husky From CT
Sean Davis (Born April 12 1988) known as S Dot Breez Dot to some, a.k.a. C.U.J.O. The Hell Husky, is a Hartford born graphic artist, portrait artists, song writer and dancer. The Husky has been drawing and writing killer rhymes since he attended Camren Arace Middle school in Bloomfield CT. His first love was drawing and was inspired by the great Walt Disney to draw and use his imagination. When he started rappping, the first steps were writing his hip hop verses in the corners of his drawings. Once a friend by the name of Rayshawn Thompson saw his lyrics on a drawing and read them, he told the young husky that you should try rapping.  With that notion he started to write his lyrics more abroad and showing them off in the lunchroom, art class, and talent shows. Also With heavy rhythm from poplocking with friends he started to put his rhymes to his dance movement which created a silent beat. The Husky then started to listen and study from the legendary acts such as Tech n9ne, Busta Rhymes , Michael Jackson and James Brown finding a new style with speed rap and energy. He started to hone in on his musical talents while also using his artistic abilities to create drawings that depicted what he was talking about in his songs.
As time went on the Husky went to Bloomfield high school and  focused more on dancing and drawing. While in high school the Husky took it upon himself to then start drawing portraits of the young girls to start gaining attention with the young girls. Shortly after, some of the young girls started to pay the young Husky to draw them. This then enlightened him because it was a way to make his own money and also display his talent. Going through high school, the Husky did find himself in some groups of friends that showed him the ways of the streets and make faster bigger money while camouflaging it with his artwork. While growing and learning he figured that the street life was too boring and repetitive and can lead to nothing but negativity. Upon graduation from high school, the Husky decided to go to Gibbs College in Farmington Connecticut. While attending College, the Husky landed the opportunity to have an internship with the Walt Disney Company. The college program showed him the magic behind the magic and also taught him how to market his own magic properly.
After graduating college in 2008 the Husky found himself only working regular jobs and wanting more. With that in mind he went with his cousin Javon Campbell to a in house studio and dropped a couple of vocals as a hype man for his first rap group called Trap Team.  After finding Trap Team they created songs and performed them at open mics with Lovie xl and also performing at the Webster Hall Theater in New York City. Even though these were small time shows people were recognizing the Husky from music videos and his social media networks displaying his new work with the group. While in the group he adopted the name S Dot Breez Dot that was cleverly thought up by his friend Mark Jones also known as Lens.

Sadly, the group did not make big enough moves to please the other group members so the Husky, once again show courage and ambition to become a solo artist. Going back to his inspiration from Tech N9ne, he saw that Tech was the number one independent rapper in the world. This gave the Husky a new idea to create his own label called Easty Entertainment. When creating the label, the Husky wanted to change his name that best suited him. One night at a family cookout his older cousin Stephanie said "I'm going to call you Cujo". The reasoning behind the name was because if she offered him a plate, even if he wasn't hungry he would still take it because it was offered to him. Hence the acronym C.U.J.O. His name stands for Cuz yoU Just Offered.
As of right now the Husky is in full blown motion to reach the top of the musical industry and to bring back money and new ways to get children off the street in CT.  As a new affiliate of Blazed Up Records, he is coming with a couple new songs like "Fire" and "Vicious in CT" feat. General P. This is only the start of a great journey for C.U.J.O. The Hell Husky from CT. So prepare yourself for the restart of real hip hop!!!

Ghana born, Nana Kofi, is creating a sound that is undeniable. Now based in Atlanta, the artist and producer is taking from his experienc... 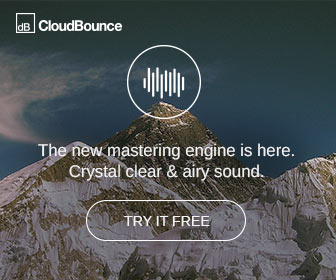